The North Shantsley rail line was originally setup in 1911 to connect the towns of Mulbern and Chessley. Whilst the line is now rarely used for travel, we have restored the route for our vintage steam train experiences which run three times per day on a circular route.

Trains in operation:-
The Emerald Windsor
Monday, Wednesday, Fridays & Sundays
Reminiscent of pre-war opulence, the Emerald Windsor has been restored to it's former glory as a first class luxury transport.

The Moortown Chaser
Tuesdays, Thursdays and Saturdays.
Following the popular Streamliner designs of the mid 1930's, The Moortown Chaser would have been within the top 10th percentile of steam locomotives in its day in terms of speed and performance. 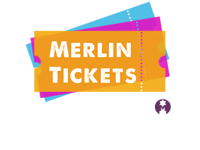